The Briefcase: A Weird Reality Show

I was wrong in a tweet.  No really, I was wrong on the internet, AND I am admitting it.  Here's how it all started.

A few weeks ago my wife sent a link to an article about a new show, "The Briefcase."  I can't find the article she sent me, but here's a link to a similar article.

So a few nights ago, I watched the show, and had a bit of a different reaction than the press.  I've talked about on this blog being relatively well off but also very cheap.  As such I drive a 2010 Honda Fit because it's cheap, efficient, and does what I need it to do.  I saw that the people on the show were driving nicer vehicles than me... which led to this tweet:


Watched #TheBriefcase for the first time tonight. Might be a compelling the show if "poor" families on it didn't drive nicer cars than me
— LB (@LeviABx) June 16, 2015


I thought I had expressed myself fairly succinctly, in a grumpy, cheap, old man kind of way.  Then the producer of the show responded:


So, I thought about this for a couple of hours and realized some things:

So, some background, you could read elsewhere, but the quick summary:
So, what does the output of this game look like?  Fairly simply, the players believe their "win" will simply be the percent of 100K that they choose to keep, represented by this simple graph: 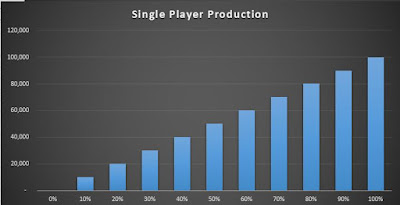 In reality, their "win" will be what they keep, plus what the other team gives them (this is the blind part of the game, that they are unaware of.  Represented by a more complex graph (percent family chooses to keep on bottom, percent other family chooses to give at right): 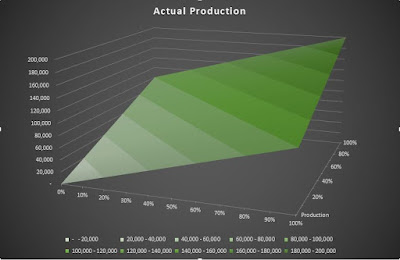 So what does the output of this game give us? It's actually fairly simple and doesn't require fancy charts or equilibrium calculations.

Some people may assume that this is a prisoner's dilemma problem, as it is a blind, two player game.  But it's not.  At all.  The reason?  There is no interdependence of results.  I will get the amount I choose to keep, no matter what the other person decides to do.  Thus the rational solution is to keep all the money.  But what about the other couple?

So, back to the episode I watched, and why my initial tweet was wrong.  It's fairly simple:

The people featured on this show aren't poor, and are generally better off than median Americans.  On the show I watched, the two families made $60K and $70K, compared to $51,900 for average Americans. (source 538)

The families both had a lot of debt, but that debt seemed largely due to poor decision making, which means this is a story about highly leveraged middle class Americans.  This is IN FACT a story about the new American middle class.  Which leads us to our next point...

Am I writing off the plight of these families?  Somewhat, but keep in mind they are generally better off than average Americans.

The part of the show that struck me most as an analogy to middle-class Americans: upon seeing a potential financial windfall, the initial reaction of both families is to put themselves into a MORE leveraged position.


Now for the big question, will I be watching the show in the future?  Probably not.  While the concept is fascinating, I get really uncomfortable watching other people make bad decisions, especially regarding large sums of money.  I think that watching this show would actually give me a good amount of anxiety.