Updates On Prior Analysis and Future Possibilities

It's been almost a week since I last blogged, largely due to busy life stuff, and a touch of writers (analyzers?) block. So, I thought I would give some prior updates, as well as what I have planned for this week.

It's been about a week since my fitness week series, and I haven't really been paying too much attention to these numbers.  A couple of notes though: 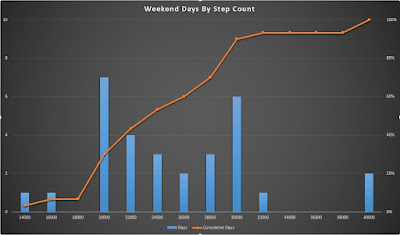 A few things have happened in this space since I last blogged about it.  First, the Kansas court system has ruled that Kansas doesn't spend enough money on education.  A lot of fallout with that, but it essentially means that Kansas may need to again increase taxes in the next few months, leading to more tax debate, and more distributional impacts as we saw from my prior analysis.   A lot of potential for interesting debates and analysis in Kansas tax policy.

Speaking of that area, one of my posts receiving the input over the last week has been my look at the idea of driving to Missouri to avoid the sales tax.   I have also seen a few news articles and other analyses on this subject over the last few weeks.  Unfortunately many of these "analysts" don't look at costs/opportunity costs of the drive and thus simply see a lower rate as an opportunity for cost savings.

These types of analyses have the potential to be materially harmful, especially to the lowest income individuals.  First, they are most likely to impact the behavior of lowest income individuals (unlikely to "run" their own numbers; more cost sensitive) by making the drive seem to make sense.  Second, the driving has a disparately higher impact on these individuals due to higher effective costs (wear on older cars, lower gas mileage, less "slack" time, tighter budgets).

No one has invited me to play in any fantasy leagues this year (not even my league from last year; I may be "uninvited" for using the PED of statistical modeling in a fantasy league).  So a few things on that:

So, there's your update.  Hopefully I'll find time to blog about some of these things later in the week!