There are two main datasets with mass shooting data, the Mother Jones data and the Shooting Tracker data.  Here is a brief summary of each dataset:

For this post I created an initial comparison of the data; just to get a sense for differences between the data.  The first issue is that the Shooting Tracker Data only goes back three years, but Mother Jones goes back to 1982.  We can generally solve for this, but any longitudinal analysis will have to be based on Mother Jones data. 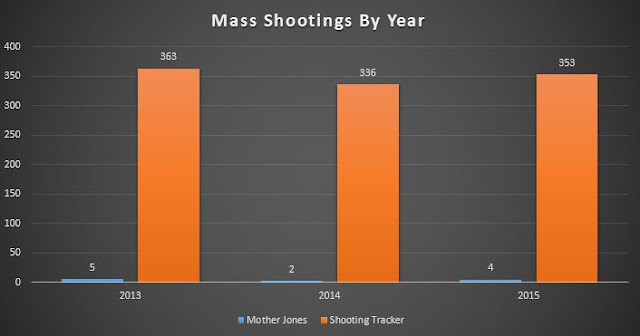 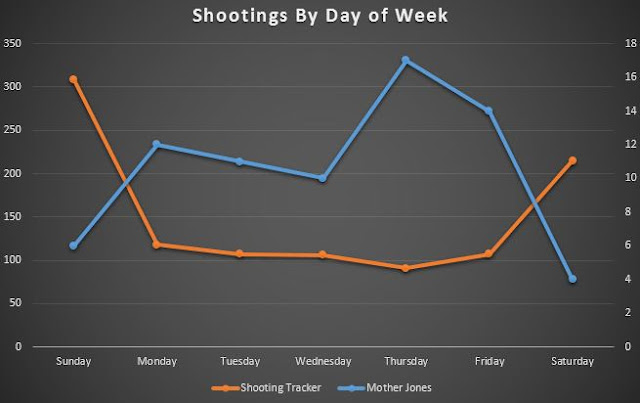 There's even a disagreement on the seasonality of mass shootings.  Mother Jones Mass shootings are scattered fairly evenly throughout the year, whereas Shooting Tracker shows a strong summer-bias. 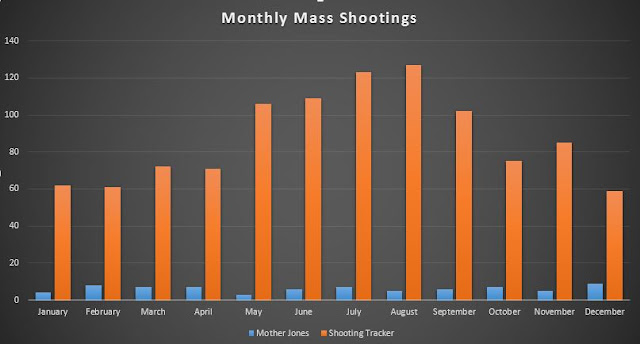 This is just an initial first-look at mass shooting statistics, but it shows an important deviation in the way we talk about mass shootings.  I will dig into these datasets more in the next few days, attempting to understand the following: