How We Injure Ourselves By Age

Yesterday I found this article that looks at wall punching by age, gender and various other dimensions. I found the article interesting, wall punching seems to correlate with Male Testosterone change rates, but what was more interesting was underlying dataset, the NEISS.

The NEISS is a dataset of injuries reported by hospitals, with  details on the injured person, objects involved with the injury, and the nature of the act that caused the injury.  I downloaded the data, immediately found it interesting, and quite rich data. 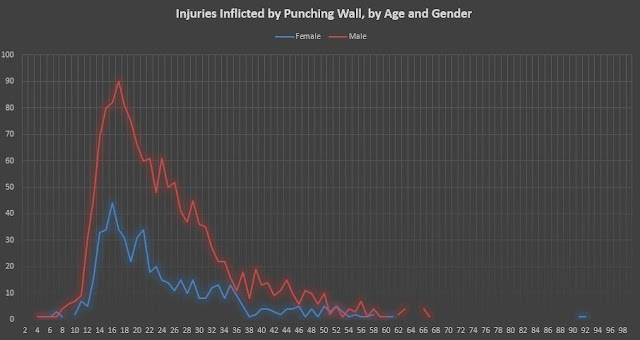 I also noticed a lot of people in the dataset were being injured by their toilets, largely through falling while on their toilet.  It would be amusing to create the same chart as above, but for toilet injuries. 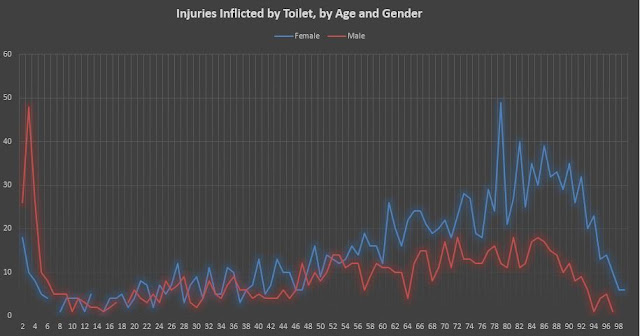 That's fascinating, it appears to be an inversion of the other distribution.  This makes sense though as toilet injuries seem to be related to older people falling on the toilet.  But why more women than men?  Because there are simply more old women.  But for a moment, let's ignore gender and plot both toilet and wall injuries on the same chart: 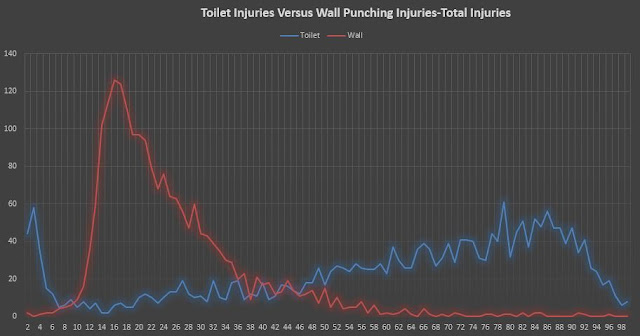 That's interesting because it shows that the injury curves are inversions of each other, but the number of injuries from toilet never quite reaches that from wall punching.... or does it?  The problem with this is that there are far more people per year in their teens and twenties than those in their seventies and eighties.  What if we control for population age distribution, and turn this into a risk rate per year analysis: 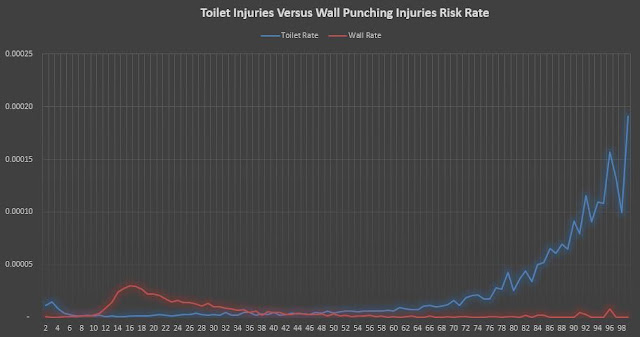 Someone disagreed with my conclusion that the difference between female and male toilet injuries was due to demographic lifespan issues (women live longer so there are more old women).  The contention was that the difference in how men and women use toilets cause the issue-and they appear to be correct. While lifespan still accounts for about half the gender variance in total toilet injuries in the elderly, women still have a higher overall risk rate.  Here's a chart controlling for gender population differences in older Americans. 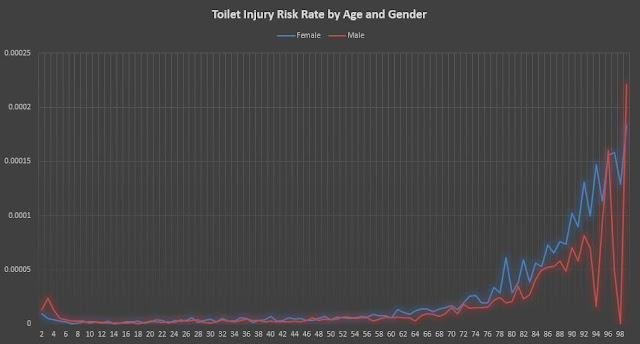