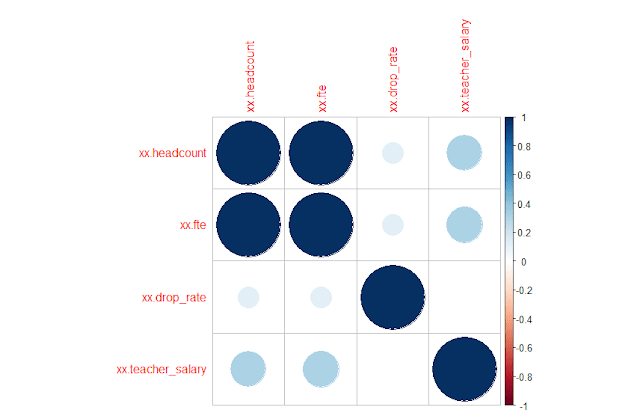 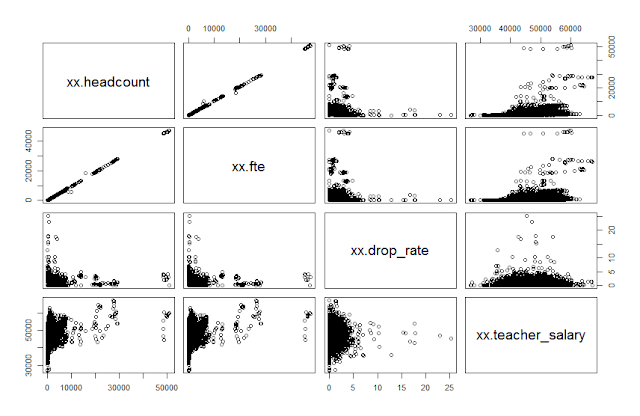 6. Clustering and Descriptives: So I assumed you already ran descriptives on your data, just running summary(data.frame), but that's for the entire data set, there's an additional question which is: are there natural subsets of observations in the data that that we may be interested in? Kmeans is the easiest statistical method (and available in base-r) DBSCAN is more appropriate for some data (avaliable in DBSCAN package). After clusters are fit you can calculate summary stats using aggregate and the posteriors from the cluster fit.
Posted by Lb at 9:11 AM