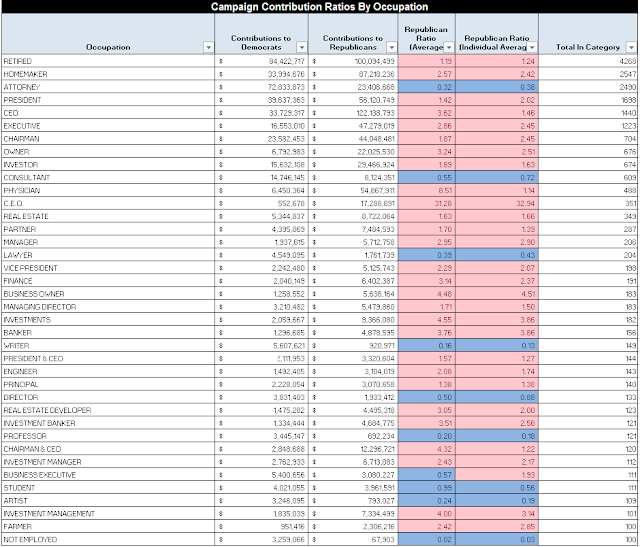 
I find this data highly amusing, and it's fun to cut and play with.  If anyone has any ideas on different ways to cut this data, I can run it fairly quickly, however I probably won't put names on this blog to avoid doxing anyone.  Except Scott Baio, because he's a ridiculously bad actor.
Posted by Lb at 9:09 AM