Donald Trump Is Getting An Even Bigger Reward for Negativity Now

Last night's Republican National Convention in Cleveland sparked my interest in Donald Trump's persona and campaign... again. It was a weird mix of reality TV stars, war heroes, and grieving mothers (who had a poor understanding of what next of kin means... but that's another story). The night reminded me a bit of my earlier post that demonstrated that Trump gets more positive response by going negative (with the opposite result for Hillary Clinton).

For me, the interest combined with opportunity (work-related reason to pull out my sentiment mining code today).  My findings here are interesting, though consistent with prior work (seriously, go read that prior post for context).  In a way things got "worse."  Here's what I found:

I'm using the same methodology as last time, downloading tweets using the Twitter API. Then I use fairly common stemming and word removal techniques, and throw my sentiment mining algorithm at it (code released in prior post). Also, this time I limited to July tweets, so I cut out all of the tweets used in my prior analysis.

There are many ways to cut this data, but I will run the data few ways for quick analysis.  Just quick data, findings and descriptions.

First, what do the distribution of tweet sentiments for each candidate look like?  I left Bernie in because he's... still... apparently in the race.  And myself, for full disclosure.

And a visual distribution of the two main candidates:

And just for fun, let's look at the most negative tweet for each Tweeter:

Crooked Hillary Clinton is "guilty as hell" but the system is totally rigged and corrupt! Where are the 33,000 missing e-mails?
— Donald J. Trump (@realDonaldTrump) July 4, 2016

"[@realDonaldTrump's] businesses were failing long before the rest of the town was struggling...his bad decisions hurt the whole city."
— Hillary Clinton (@HillaryClinton) July 6, 2016

We have got to cut military spending around the globe and address the true causes of war: poverty, hatred, hopelessness and ignorance.
— Bernie Sanders (@BernieSanders) July 5, 2016

Congrats to @DLind at @voxdotcom for writing the most intellectually condescending AND worst critique of Roland Fryer. Vox is horrible.
— LB (@LeviABx) July 14, 2016

Oh, and I know you just hung around for the word clouds, so here you go. 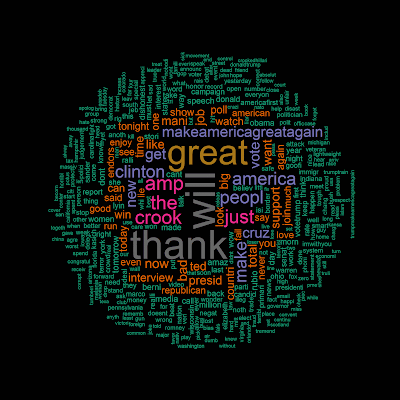 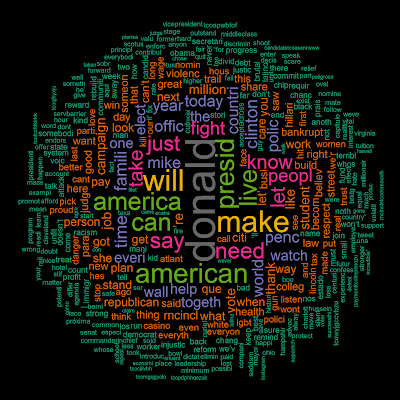 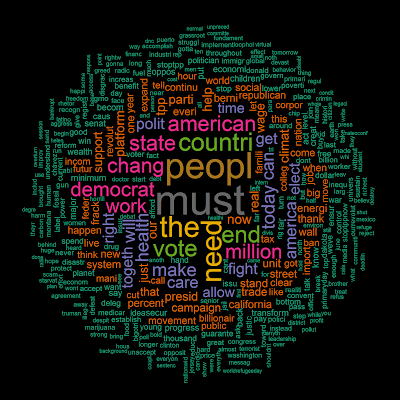 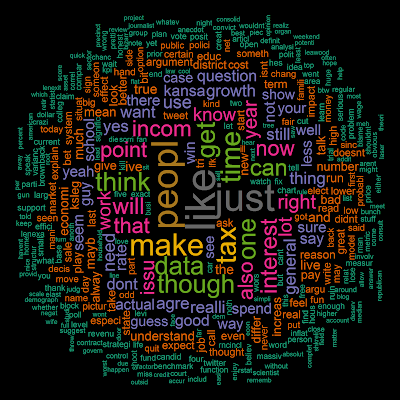