A few months ago my wife was watching House of Cards and called me into the room... the conversation went something like this:


I watched a couple of episodes and found out the character was in fact much weirder than I am.  But I also thought this was the first data scientist title I had seen fictionalized in popular culture. Given that this blog has been a bit too serious lately, I thought it would be interesting to compile a list of fictional data scientists, are they really data scientists, and another fictional metric: would Levi hire them?

An interesting thing I found in researching this is that since the concept of data science is relatively new, there are very few actual data scientists in pop culture. It also may be difficult to fictionalize what data scientists actual do in any kind of interesting way, but .. whatever...

The list is short, and most people on the list wouldn't necessarily identify as data scientists, but here we go: 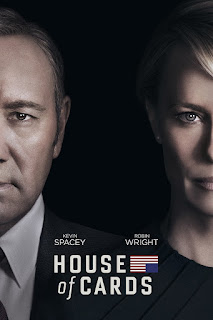 Synopsis: Aidan is a data scientist who apparently works for the government, or the President and his wife directly and does... data science-y stuff for them. Most of the tasks resemble real data science tasks (large web analytics, identifying targets for marketing based on who has been close to gun violence) and others aren't really data science but sound cool (tapping a phone). The portrayal of Aidan as a data scientist is romanticized, but some of the tasks are at least in the ballpark of what we can do.

Personality Portrayal: My wife was wrong, he's much weirder than me. The only similarity between Aidan and I is consistently messed up hair and listening to death metal.  But he dances naked when he's alone compiling code (I DO NOT DO THIS). And the character is portrayed as a weird-artistic-savant, which is good for Hollywood story lines, but is overplayed from the real personalities of most data scientists. 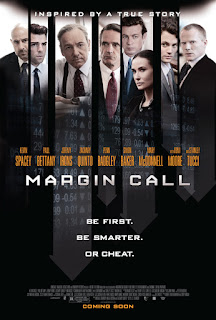 Synopsis: Another Kevin Spacey project, strangely enough, maybe he likes data science! I like the movie Margin Call a lot, partially because the movie is about quants getting things right. In this movie Seth and Peter are identified as risk analysts, but had this movie been released in 2016 rather than 2011, there's a good chance they would be data scientists. At the beginning of the film they work with a model that shows their firm to be over-leveraged, which sets up the rest of the film. Though not strictly data scientists in title, they create models/simulations out of large data sets, which is effectively what data scientists do.

Personality Portrayal:  These guys aren't portrayed as weirdos, but more junior Wall-Street guys that are maybe a bit more numbers/science focused. One aspect of the movie that parallels modern data scientists is that they have broad academic backgrounds (e.g. astrophysics) and have been brought into business to solve large financial modeling problems.

Would I hire? Yes.

Reasoning: They are portrayed as generally competent, and aren't afraid to escalate issues to management, which is important.

Synopsis: This isn't even a data scientist really at all, but I'm already hitting the bottom of the well with examples. Jonah Hill plays this character as complete nerd who is basically a statistician and saber metrics expert. As portrayed on film, it doesn't appear he has the computer science skills required for a data science career. He does one very important thing for data scientists in the film though: he continually tells those around him that they are looking at the wrong metrics, and that by focusing on metrics that actually create production, they can run a better business. 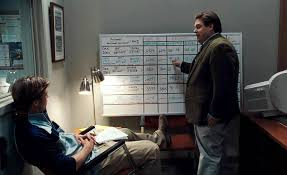 Personality Portrayal: Nerdy, classic statistician that likely plays Magic the Gathering in his free time. This may just be an offshoot of casting Hill to play the role though.

Would I hire? Maybe.

Reasoning: Yes, if I had a lot of tasks that lent to econometric rather than Machine Learning models. And I could stick a data engineer with him to do the Computer Science side of the job. 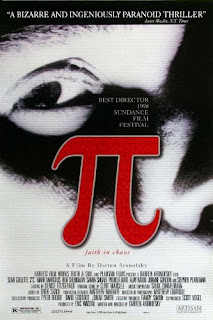 Synopsis: This is way before what we think of as modern data science, but the essentials are there: looking for patterns in large and somewhat unstructured data sets. Basically, an unemployed number theorist starts analyzing data in stock markets and finds patterns. He makes makes accurate predictions based on these patterns (seemingly related to a 216 digit number). He then moves on to numeric/textual analysis of the Torah (which BTW, is a fairly common junk science). In the end, the numbers drive him crazy and he solves the problem with a power drill to the brain (seriously).

Personality Portrayal: Paranoid, potentially schizophrenic, intelligent, with extremely bad headaches. I've seen data scientists get to this point, but it's usually solved by a good night's rest more easily with the power drill.

Would I hire? No.