I've once again been very busy the last couple of weeks, so the posting has been, well, really non-existent.  It's probably a good idea if I put something on the blog, such that I don't forget that I have one.

This morning I was filing away some recent twitter code, and thinking about the presidential race.  It appears that we're in for a Trump versus Clinton general election, and now most of the dialogue resides between these two candidates.  I ran some quick analyses, looking at sentiment and topics which I'll post in followups, but for an initial look I came up with word clouds representing the twitter dialogue between the two candidates. 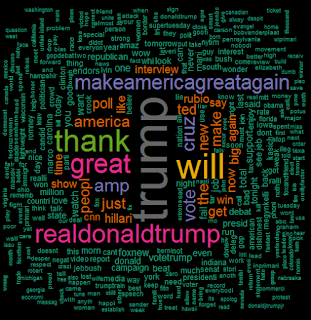 CLINTON- Clinton spends most of her time talking about.. wait for it... TRUMP.  She also uses her own name, and talks about Women, Care, Families, and Children. Bottom Line: Clinton is focused on two primary dimensions 1. defeating Trump and 2. social issues largely women's and family issues. (If you were around in the mid 90's you might remember "It Takes A Village.") 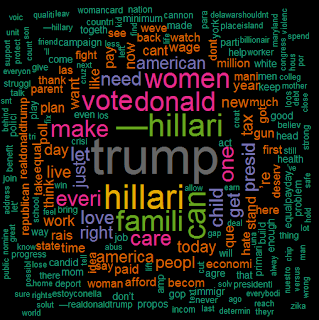 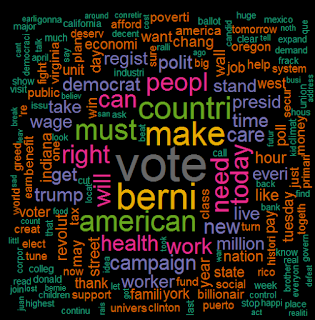 BOWLES- Okay, this is my own Twitter feed, but ironically I may talk more about serious economic issues than any of the three candidates, largely talking about tax rates, interest, data, and impacts.  Bottom Line: I'm a nerd that talks about tax policy too much online. 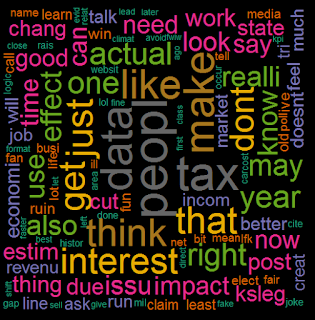